GHENT – The majority of women suffering with pain when urinating, or needing to urinate often or urgently probably do have a bacterial infection, even when nothing is detected by standard urine testing. 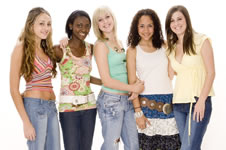 Symptoms of a urinary tract infection (UTI) such as cystitis are common in women but, in around a quarter of cases, no infection is found using standard testing.

However, new research published in Clinical Microbiology and Infection and using a more sensitive test, found evidence of bacterial infection in almost all women with UTI symptoms, including those where no bacteria were found with standard testing.

The study, led by Dr Stefan Heytens from University of Ghent, Belgium, supports the idea that testing is unnecessary for women with symptoms of an uncomplicated UTI.

UTI symptoms account for between two and five per cent of women’s GP appointments. In 60-80% of cases, urine testing reveals a bacterial infection.

These women may be offered antibiotics such as nitrofurantoin, trimethoprim or fosfomycin.

However, doctors have assumed that women with negative tests do not have a bacterial infection. In the past, this group of women may have been diagnosed with unexplained ‘urethral syndrome’, which some researchers have suggested could be psychosomatic.

Dr Heytens, who is a practicing GP and a researcher at the department of family medicine and primary health care at the University of Ghent, explained: “A substantial percentage of women visiting their GP with symptoms of a UTI, who test negative for a bacterial infection, are told they have no infection and sent home without treatment.

“On the other hand, women with a positive test might be given a short course of antibiotics to treat their infection.”

The new research involved 308 Belgian women, including 220 who were visiting their GP for UTI symptoms and 86 healthy volunteers. All the women gave urine samples.

Urine samples were tested in the standard way to see whether any bacteria grew. They were also tested using a technique called quantitative polymerase chain reaction, or qPCR. This technique is very sensitive and can be used to detect tiny quantities of DNA that come from bacteria which can cause UTIs, such as Escherichia coli (E. coli) and Staphloccocus saprophyticus(S. saphrophyticus).

Among the women with UTI symptoms, standard testing detected bacteria in 80.9% of urine samples. But the qPCR test found evidence of E. coli in 95.9% of samples and S. saphrophyticusin 8.6%. Combining the results of both tests found evidence of an infection in 98.2% of women with symptoms.

Dr Heytens said: “In this study, we used a more sensitive test to look for bacteria that commonly cause UTIs. We found E. coli in nearly all women complaining of symptoms, even if they had a negative traditional urine culture. This suggests that if a woman has these symptoms, she probably does have a UTI.

“Our findings support previous research which indicates that traditional testing may not be helpful in uncomplicated UTIs. However, traditional urine culture tests may still have a role to play if treatment fails or if there are signs and symptoms of a more complicated UTI.

“What we don’t yet know is whether all women with these symptoms would benefit from a course of antibiotics.”

Dr Heytens says the findings need to be confirmed in further research. He and his colleagues also plan to investigate whether women with UTI symptoms but a negative urine test would benefit from treatment with antibiotics, and whether they can use qPCR to detect other types of bacteria which might be causing UTIs in rarer cases.

Creapharma.com – When you talk about standard testing (to detect bacteria in the urine). Can you give us more precision about these standard tests. How do these tests work, compared to your new method using qPCR? Are the standard tests used mainly in Belgium or do you think these tests are used more or less in the same way than Belgium in the whole Western world?

Dr Heytens – Most guidelines recommend to diagnose an uncomplicated urinary tract infection (UTI) based on symptoms and dipstick testing. With this urine dipstick test nitrite and leucocytes can be detected suggesting the presence of bacteria in the urine sample. Urine cultures are not recommended on a routine basis. General practitioners will send urine samples to the laboratory for culture when the dipstick results are negative and there is still doubt about the diagnosis, empirical treatment has failed or symptoms are indicating a complicated UTI. Although it is not routinely performed in primary care, in scientific research a urine culture has always been considered as the gold standard for proving a UTI. Nevertheless, as you could read in the article, in studies on uncomplicated UTI still 20-30% of the urine samples from women with typical urinary symptoms had a negative culture. A qPCR test is a molecular test that is able to pick up very tiny amounts of bacterial DNA, suggesting bacterial presence in the urine. We found DNA of E. coli in nearly all urine samples of symptomatic women. This was an amazing result because microbiologists have always assumed that if E. coli is present in a sample than it is easily cultured by a standard culture technique. However there was a possibility that the qPCR test was too sensitive and yield a positive result even when E. coli was not present. Performing the same qPCR in asymptomatic women we found it to remain negative in nearly all samples. The samples in which it was positive were also culture positive for E. coli using a standard culture technique, proving that the qPCR is picking up real bacteria in samples of symptomatic women.

In Belgium the situation concerning the use of the standard tests (dipstick test and urine culture) is as described above. I do not exactly know if it is also the case in other Western countries, but considering the literature on this topic and the recommendations in international guidelines, it can be assumed to be similar.

In pharmacies, like for instance in Switzerland, some tests are sold directly for the consumer in pharmacy and without prescription (OTC), what do you think about their precision? Are these OTC tests the same as in general used by the GP?
In Belgium there is no tradition of selling OTC tests specifically for UTI. I cannot judge the OTC tests. But in UTI in primary care the reliability of such a simple test as a dipstick test has been debated for decades. It didn’t turn out to be very reliable except for a positive nitrite dipstick result. The nitrite test is considered as very predictive for a UTI, but a negative result is not ruling out a UTI. So I guess it would not be of much help for patients to perform such a test on their own. Diagnosing a UTI seems more and more a matter of clinical judgment. The Dutch guideline (NHG, the Netherlands) states that a woman herself can easily recognize the symptoms if she have had already a UTI in the past.

The technology you and your team used based on qPCR, is it an expensive technic? Can a physician (GP) already buy and use a qPCR technology or is only for the moment as an experiment in universities like yours in Belgium?
The qPCR is not that expensive but the cost is higher than a routine culture. Perhaps it would become less expensive when it would be used on a routine base. But it was not at all the purpose of our study to replace the urine culture by another test. We were interested in the search of bacteria that could be present in urine samples of symptomatic women with a negative standard culture. The finding that nearly all women with typical symptoms have a positive E. coli qPCR implies that a GP can rely on symptoms alone and does not have to spend time and energy on further examination in order to gain more certainty about the diagnosis of a UTI. It must also be kept in mind that, when appropriate, antimicrobial susceptibility (AS) cannot be tested by means of a qPCR. In those cases where further examination is needed, such as in failed therapy or in complicated UTI,  AS is an important test to be performed. And this can only be done by a standard urine culture.