Home » News » Too much meat contributing to global obesity
Tweet

ADELAIDE – Should we be warning consumers about over-consumption of meat as well as sugar? That’s the question being raised by a team of researchers from the University of Adelaide, who say meat in the modern diet offers surplus energy, and is contributing to the prevalence of global obesity.
Comparative anatomy and human evolution experts from the University’s School of Medicine have been studying the correlation between meat consumption and obesity rates in 170 countries.

“Our findings are likely to be controversial because they suggest that meat contributes to obesity prevalence worldwide at the same extent as sugar,” says Professor Maciej Henneberg, head of the Biological Anthropology and Comparative Anatomy Research Unit.

“In the analysis of obesity prevalence across 170 countries, we have found that sugar availability in a nation explains 50% of obesity variation while meat availability another 50%. After correcting for differences in nations’ wealth (Gross Domestic Product), calorie consumption, levels of urbanization and of physical inactivity, which are all major contributors to obesity, sugar availability remained an important factor, contributing independently 13%, while meat contributed another 13% to obesity.

“While we believe it’s important that the public should be alert to the over-consumption of sugar and some fats in their diets, based on our findings we believe meat protein in the human diet is also making a significant contribution to obesity,” Professor Henneberg says.

“There is a dogma that fats and carbohydrates, especially fats, are the major factors contributing to obesity,” Mr You says.

“Whether we like it or not, fats and carbohydrates in modern diets are supplying enough energy to meet our daily needs. Because meat protein is digested later than fats and carbohydrates, this makes the energy we receive from protein a surplus, which is then converted and stored as fat in the human body.”

Mr You says there have been several other academic papers showing that meat consumption is related to obesity, but the authors have often argued that it’s the fat content in meat that contributes to the problem. “On the contrary, we believe the protein in meat is directly contributing to obesity,” Mr You says. 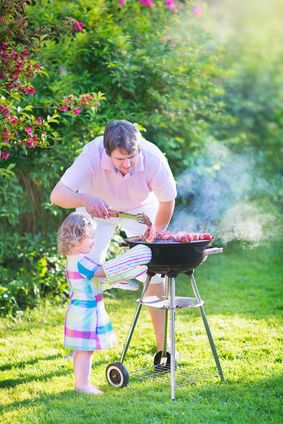 Professor Henneberg says: “It would be irresponsible to interpret these findings as meaning that it’s okay to keep eating a diet high in fats and carbohydrates. Clearly, that is not okay, and this is a serious issue for our modern diet and human health.

“Nevertheless, it is important that we show the contribution meat protein is making to obesity so that we can better understand what is happening. In the modern world in which we live, in order to curb obesity it may make sense for dietary guidelines to advise eating less meat, as well as eating less sugar,” he says.

Creapharma.com interviewed the team beyond this study.

1. Creapharma.com – You analysed 170 countries, which countries eat the more meat? Is it Argentina where the meat is so delicious and some cow-boys (called gauchos there) eat meat 3 times a day?
Researchers – In our study, we measured meat intake by the amount of meat consumed by per person per day.  The top 10 countries with highest meat intake are United States of America, Australia, New Zealand, Kuwait, Austria, Bahamas, Luxembourg, Spain and Israel. Argentina ranked 12 in our country list. We could not access the frequency of how often people eat meat every day. Actually, it is necessary to do so as we do not always quantify and follow the diet formula exactly in our daily life. We cannot expect that we eat lots of meat today, and we would be obese tomorrow. Therefore, energy surplus from meat protein leading to body weight increase is a long term effect.

When you look at the amount of the meat consumption by country, you would find that how much meat is consumed by per person per day depends on not only meat availability and affordability, but also the culture.

3. In the press release (see above) you mentionned that the meat protein is digested later than fats and carbohydrates. As a scientist (pharmacist), not fully specialist of nutrition, I never heard this theory. Is it a new theory or perhaps not so famous apart from nutritionist?
Researchers – Digestion of protein is a complex process of a number of enzymatic reaction: first protein is broken down into peptides, then peptides are broken into amino acids and then aminoacids may be used as building blocks of new proteins in the body or may be further processed by deamination (specific enzymes are called eb. amine transferases) that removes the amine group and leaves “carbon skeletons” of proteins. These can be further processed by being broken down to pyruvates. Pyruvate is also obtained from metabolism of carbohydrates that is simpler. Pyruvate’s, derived from protein digestion or from any other source are used in the citric acid cycle to produce energy needed by the body, whioe their surplus can be stored into fat through the de novo lipogenesis process. We have linked the fact that meat undergoes more complex digestion to the longer time it takes for pyruvate from meat to be delivered to cells for citric acid cycle use. Thus if there is enough energy available from simpler to process carbohydrates, when products of meat digestion become available they may be surplus to energy need and thus stored as fat.

Five years ago, we conducted a project at the Institute of Evolutionary Medicine (IEM) of University of Zurich. Through this project we found that young males with high level of Alanine transaminase (ALT), a protein digesting enzyme, had greater body mass index (BMI). After years of continuous study in this area, we concluded that meat protein is digested later than fats and carbohydrates. This new idea challenges the existing nutrition theories.

4. If someone really likes to eat meat and does not want to become a vegetarian, how many times a week maximum should someone eat meat?
Researchers – We advise the public to minimize meat intake in order to meet the need of the essential amino acids. Our conclusion was based on the current diet components, which provides more than enough energy in our daily life. In general people have been eating too much. To control our body weight increase, we need to reduce not only meat intake, but also empty energy macronutrients, carbohydrates and fats which lead to energy surplus from meat protein. In this sense, eating more vegetables is strongly encouraged.

It is not exactly how many times a week people should eat meat. Meat is a good, but not the only, source of essential aminoacids and iron. Vegetarians do not suffer any negative physiological effects of not eating meat at all, as long as their diet is sufficient in providing essential amino acids (eg from plant proteins) and iron from plant sources. There is no minimal quantity of meat that a person “must eat”. About 50-100 grams per day is all that is needed if a person decides not to be a vegetarian.

About ⅓ of Australians are obese and another ⅓ overweight (cite exact WHO figures if you can). Australia is among the top countries in the world for obesity – comparable to the USA.

Currently, Australians have too much consumption second to USA. Australian enjoy the best medical care service in the world, which can hide the complications from obesity. It would be interesting to explore the relationship in between meat consumption, obesity and health expenditure in this country.