It is supposed that Marco Polo, from Venice (now Italy), introduced coffee in the Western world at the end of the 13th century.

The fruits of coffee, named berries, are a part or the coffee tree.

The coffee tree grows under humids and tropical conditions, therefore the production is located between the Tropics of Cancer and Capricorn in countries like Brazil, Ethiopia, India or Colombia.

There are only 2 varieties of coffee cultivated, namely Coffea arabica and Coffea Robusta.

Coffee arabica is the most used variety of coffee, it represents between 75 and 80% of world coffee production, some sources speak of about 65%.

Origin: coffee originated in the highlands of Ethiopia.

The espresso form of coffee contains less caffeine than other forms, furthermore espresso has more flavor. 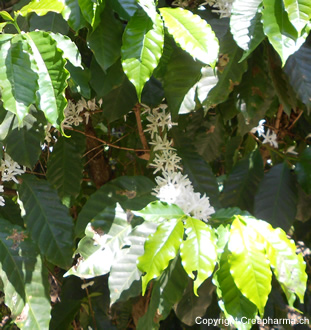 Coffea Robusta is another variety of coffee, cultivated in the plains. The Robusta variety is less fragile than the Arabica. Coffea Robusta can produce coffees of great quality.

Coffee has been proven to have some health benefits for different conditions like:

We estimate that the variety Coffea arabica represents about 70% of the sales of coffee worldwide. Coffea canephora is another frequent variety of coffee.

Interesting insights about coffee in Brazil

Brazil is the first producer of coffee in the world, whit a share of 32% of the production.
Brazil produces 43 millions coffee bags each year (datas of 2015).
Brazilian consume 81 lt of coffee each year.
Coffee is present in 98,2% of all Brazilian households.

In Italy coffee has a very strong importance in the Italian culture.

Italians do not drink on the run. Other said they are not walking down the street with a coffee cup in hand like would be the case in the America.

The Italian espresso is made by injecting hot water at high pressure through packed grounds.

The word Espresso comes from Italian and means “fast”.

The espresso technology was created in Italy in 1903 by Luigi Bezzera. He wanted to extract coffee more efficiently, therefore he invented “extraction on demand by the use of steam”. This method consistis of forcing water through finely ground coffee.

According to a study published in November 2015 in the American Journal of Clinical Dermatology drinking 1 to 4 cups of coffee every day can reduce the risk of melanoma of 25%. This study compared drinkers of coffee with non-coffee drinkers. This study was a systematic review and meta–analysis of already published studies.
The effect of coffee seems to come from the antioxidants that prevent the cells to be dammage from the UV light. According to the scientists there is some evidence for the beneficial effects of regular coffee consumption on melanoma.

In September 2015 Tina M. Burke et al. from the University of Colorado at Boulder (CO) published a study showing that drinking coffee a few hours before bedtime could shift the circadian clock, also known as the body’s internal clock.

In this study the scientists examined 5 people during 49 days. Each participant received 3 hours before bedtime either a capsule of caffeine equal to a double espresso or a placebo capsule. They were also exposed to bright or dim light. The searchers found that the caffeine delayed their internal clock by 40 min, the shift was about half as long as bright light. A stimulus known to robustly lengthen the circadian phase. Researcher Kenneth Wright Jr also from the University of Colorado at Boulder was the co-author of this study. As this study was realized only with 5 people, other studies are necessary to confirm or not these results.

The study was published in the Sept. 16 2015 issue of Science Translational Medicine.

Details Editor: More information about the redaction of this article, last changed: 06-08-2016